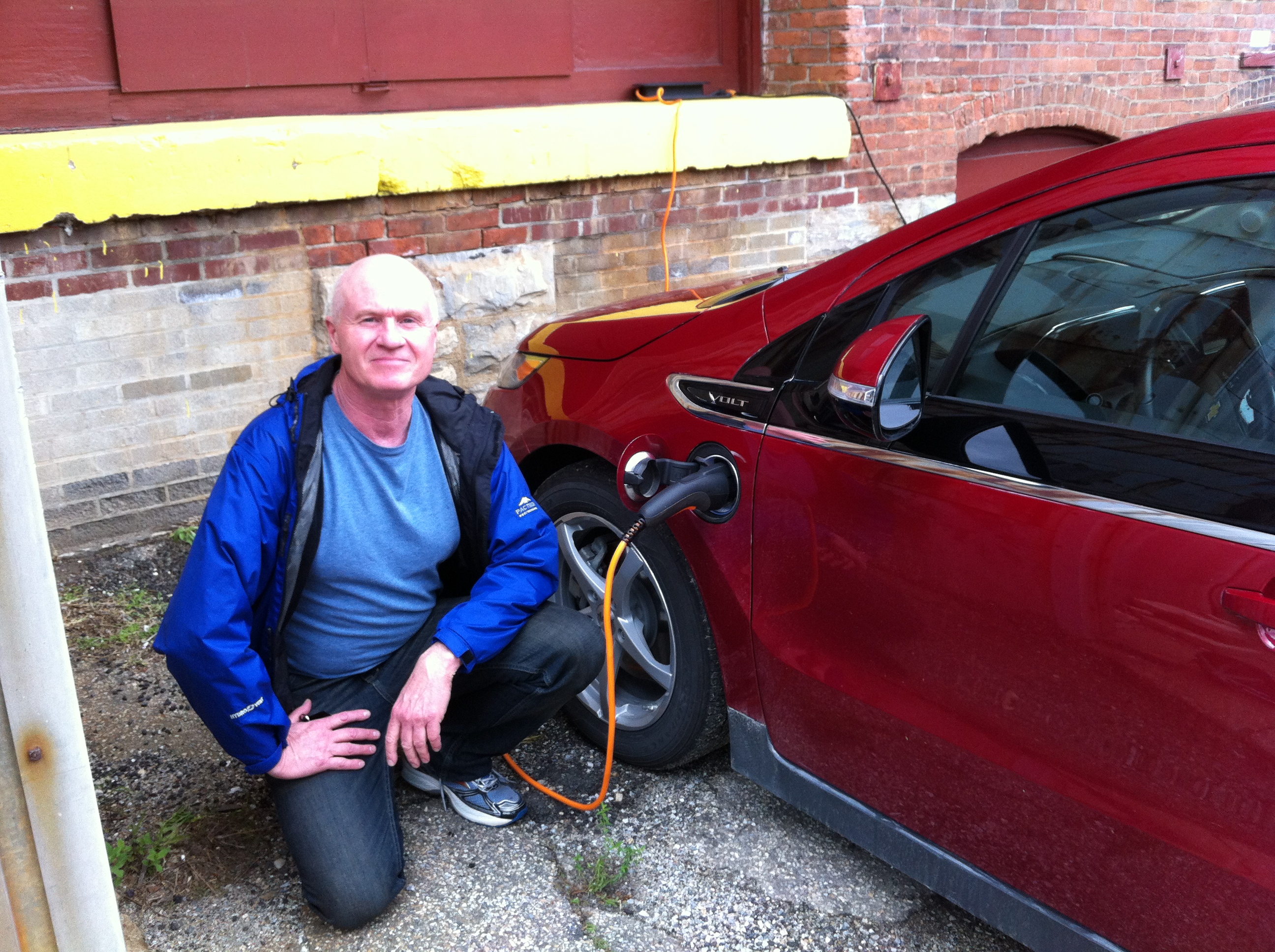 Reason #7 To Drive Electric: Digs deep on the road, not in the pockets

Mark purchased his Chevy Volt on December 31st, 2011 and has been pleased with its excellent traction on his home’s steep and oftentimes very icy driveway.  He decided to purchase a plug-in electric vehicle (EV) based on the United States financial debt to foreign oil producing countries and the destruction of our natural environment both domestic and international due to petroleum extraction. Despite the higher initial costs of purchasing an EV he believes that giving the EV manufacturer an extra $10,000 up front is better than paying a gasoline company the same amount over the next four years.

Mark says, “I have found that my electric car’s heavy, low center of gravity enables it to get up our very steep, very icy, long driveway without a problem during winter months. I suspect most plug-in vehicles with a substantial battery will exhibit similarly excellent traction during inclement weather.”