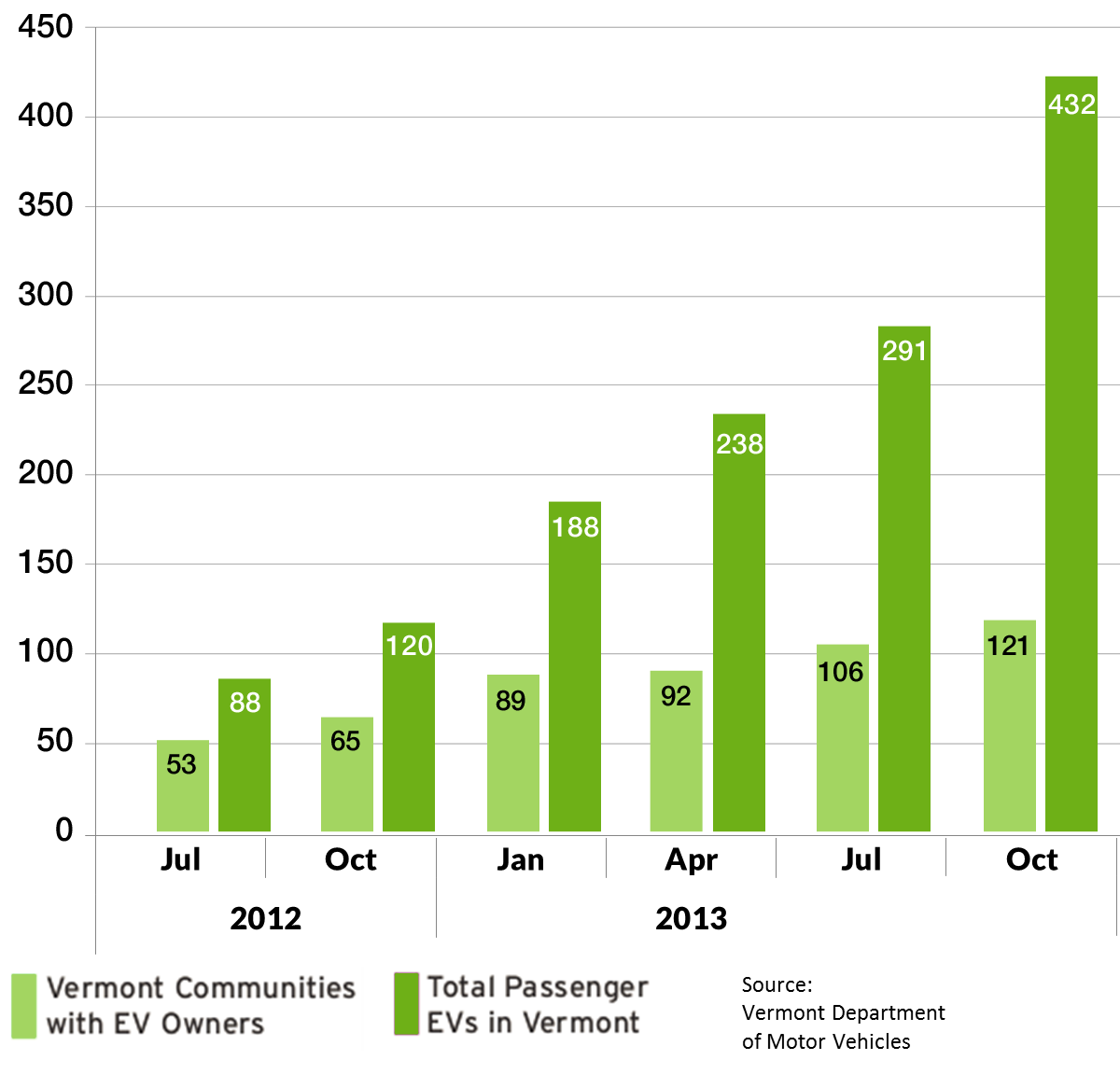 Vermonters are choosing to make their next car an electric one in growing numbers, according to the latest quarterly sales figures compiled by Drive Electric Vermont. As of October, 2013, there are now 432 electric vehicles registered in Vermont—an increase of nearly 50% in just the last three months.

While the Toyota Prius plug-in hybrid continues to be the most popular model on Vermont roads, comprising about half of the electric vehicles in the state, other models are seeing strong sales growth. In particular, three different Ford plug-in models have collectively seen their sales increase more than four-fold compared to the prior quarter.

"Electric vehicles are moving from niche to mainstream,” said Karen Glitman, Director of Transportation Efficiency at Vermont Energy Investment Corporation, the lead partner for Drive Electric Vermont. “One out of a thousand vehicles registered in the state is a plug-in and one out of a hundred passenger cars sold last quarter was a plug-in or a plug-in hybrid. This market share is only going to grow as manufacturers continue rolling out more models with even better performance and additional features. Vermonters are recognizing the financial benefits of paying the equivalent of $1 per gallon to fuel their cars, and the environmental benefits of switching from fossil fuels to clean electricity."